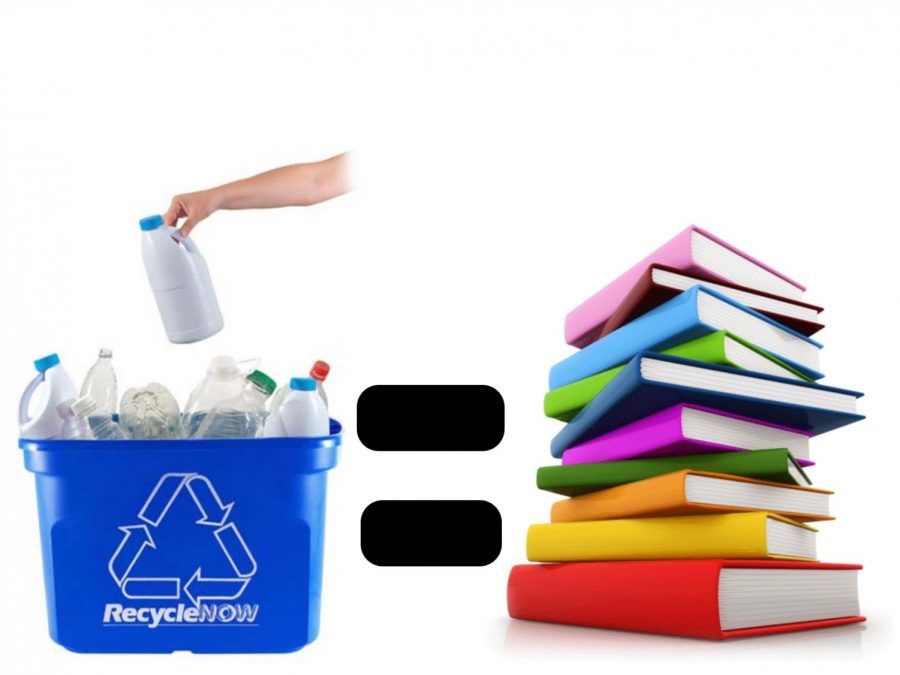 How can recycling plastic bottles be used to purchase books? Well, that’s exactly what a staff member at Lincoln High School has been doing for the past two years.

Meet, Janet Owens, a librarian who has been working at the Lincoln Center for about four years. Although she is a librarian now, she originally worked at the SJUSD district office for over 29 years. According to Janet, her sudden change of jobs was because, ”It was an opportunity to work with students.”

As mentioned earlier, Janet’s recycling project had started about two years ago, with this year being her third year. When asked about what prompted her to start her recycling project, she responded, “I’m a big recycler at home. So I just found that to me, it’s a waste of money that was going into the garbage, and I just started doing it on my own.” Another contributing factor to her starting the project was because of the lack of books in the library that actually spiked interest among students.

According to Janet, a former student would tell her titles of books that she wanted to read, but weren’t at Lincoln’s Library. Janet says, “I did have a student that would read quite a bit, so she would always be telling me good up-to-date books that were good to have, and so whenever she would suggest something, I would purchase it for the library.”

However, books are not the only thing that Janet buys for the library as she also uses the money that she gets from recycling to buy pens, pencils, index cards and other school-related items for the students at Lincoln High School.

So what can you personally do to help students at Lincoln High School ? Well, you can still help by recycling your plastic bottles by either dropping them off at the media center directly, or at any other recycling bins that are located around campus. Although Janet does prefer that teachers be the ones to bring in their plastic bottles, students are still  encouraged more than ever to do so as well.

A staff member from Lincoln Lion Tales interviewed a student who occasionally attends the library about the subject, Anthony Tirado, a Senior, said “I think it’s great what Janet has been doing for students at Lincoln High School. I  would’ve never guessed that some of the books in the library were purchased by using recycling money. It’s a very convenient way to get money when you think about it.”

Another student, Salvador Sandoval, said, “I thought some of these books were purchased from the school itself, not Janet. That’s still pretty cool though.”

When asked about how much time there was left for students to help recycle and provide recommendations for new books to purchase, Janet said, “There’s always time.”