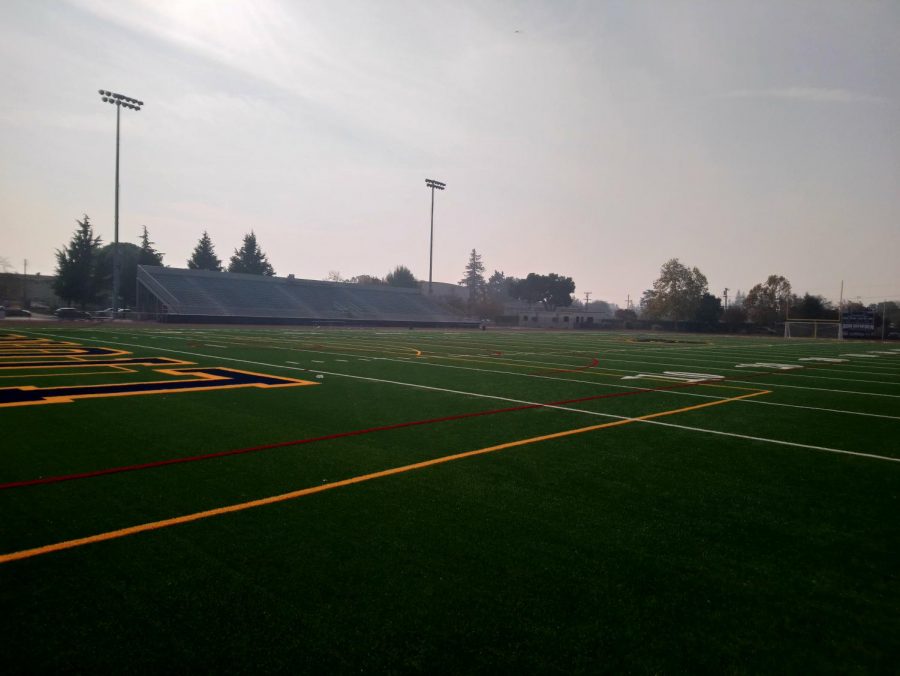 The Lincoln High School field with smoke in the air.

Lincoln High School has had a tradition for the past 76 years, the “Bone” games which are the “Big Bone” and “Little Bone” games. This tradition dates back to 1941, the yearly rivalry between Lincoln High School and San Jose High School football teams. The difference between the two games is,  Big Bone is the match between the varsity team and Little Bone is the match between the junior varsity team. The Big Bone takes place on Thanksgiving Day and the Little Bone usually takes place two weeks  before the Big Bone game. The yearly tradition might be at stake this year due to the bad air quality from the wild fire occurring by Chico, California. The Little Bone game has already been cancelled twice and there is no sign of the game playing.

The junior varsity coaches,  Kevin Collins and  Adrian Phillips  were interviewed on the cancellation of the Little Bone game. Coach Phillips visibly disappointed when asked what was his reaction of the cancellation of the game, he said, “Frustration, that’s the biggest thing, the kids can’t play, so it sucks for the kids they put a lot of time in and you want them to play”. Coach Collins then said, “Well, it sucks, because I wished the kids could have a opportunity to play”. This was supposed to be the last game for the junior varsity team but is canceled  indefinitely.

Both coaches seemed disturbed that the game was canceled but they felt it was reasonable to cancel the game due to bad air quality that led to the cancellation of the game. The coaches were asked if they think that the air quality was that bad to cancel the game. Coach Collins said, “Yea, I really do and I’m the first guy to want to go out there but looking at it, checking online, knowing all the stuff in the air right now, it’s not even only the wood but it is the structures that are not healthy to breath”. Then Coach Phillips said, “It’s bad, the kids shouldn’t be playing in it and I don’t want to say that, but it’s bad and it’s like fog outside”. Both coaches felt that it was reasonable to cancel the game even if it is a yearly tradition for the Lincoln football team.

The coaches also said that little bone has never been canceled during their time working at Lincoln. Coach Collins said, “Not in the 26 years I have been here”. The Coach Phillips said, ” No that i’m aware of in the last 21 years that I have been here, never for environmental”.

Then the J.V. Quarterback , Andrew Lopez,  said that he wasn’t surprised that the game was canceled but said that the team was “pumped up” for the game but he knows that Lincoln was going to win either way. Also as a freshman he was asked if he was looking forward to the game and he said, “I was excited, it would be my first experience of the Little Bone and now I have to wait for next year”. 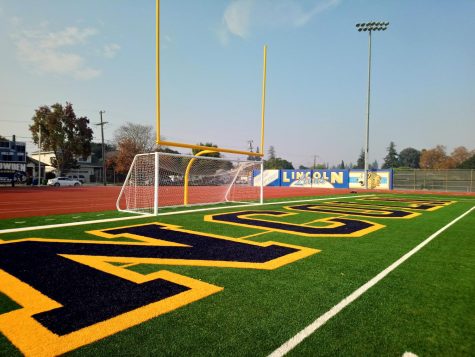 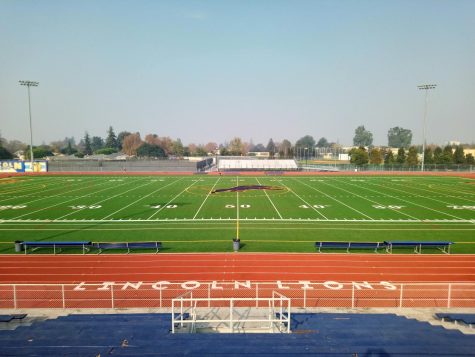