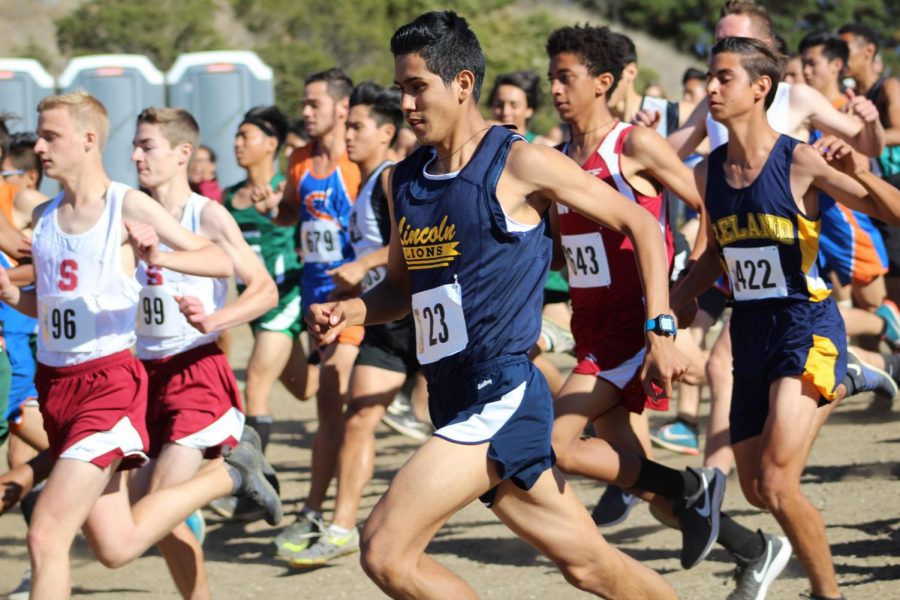 At CCS Cross Country Finals, due to the smoke caused by wildfires in Southern California many of the runners were unable to run at their full potential. Some of their times slowed by a whole minute. The smoke also caused cramps and made it harder for runners to breath.However, Omar Piña finished 6th out of 106 athletes and qualified for the California State Championship Cross Country Meet.

Lion Tales went to Omar Piña to discuss his success before the state meet. Piña’s older brother, Jose, had similar success in Lincoln’s Cross Country program before graduating in 2015 and receiving a full scholarship to San Jose State University (SJSU).

Piña has been in Cross Country since 8th grade and running since he was eight years old. “I just like Cross Country because it’s mainly an individual sport unlike other sports where you have to rely on a team.” said Piña. Piña also mentioned how his brother’s scholarship has let his family worry about other things and how he also wants to help his family in that way. Making it to state has opened so many doors and even resulted in Piña receiving a few college proposals.

However, success doesn’t come easy and Piña has made sacrifices to get to this point. One of the notable ones being skipping Homecoming 2018 which would have been his last one, being a senior. “I’ve been there many times and I can hangout with them (friends) differently in a different party or things like that but there’s only one shot at state and that’s not a thing that you get every single day.” said Piña.

“It just opened so many doors and with so much support from a lot teachers and friends, it has made me want to keep continuing” said Piña when asked about his success this season.