Football: Only For the Boys? 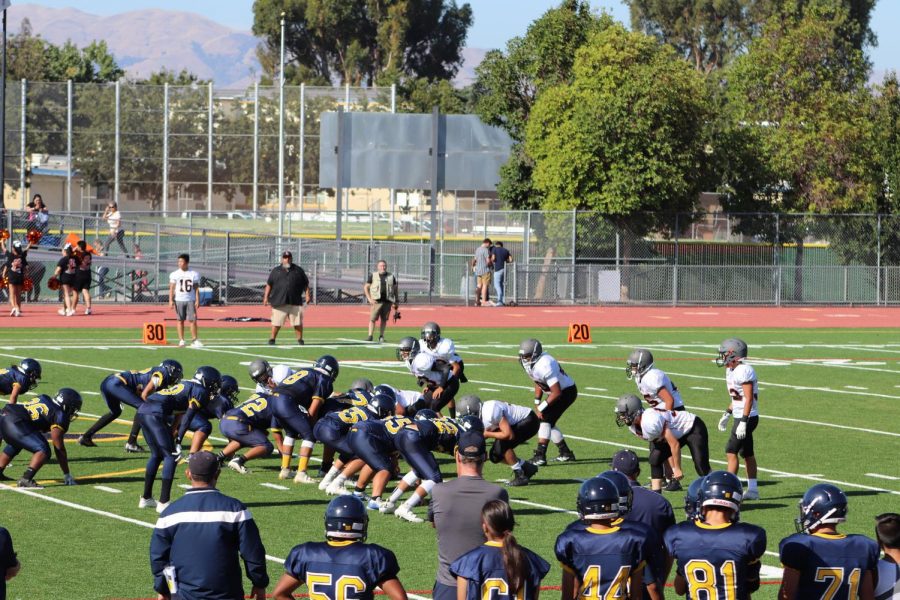 Both teams lining up for the next run. The game took place on August 30, 2019 at the Lincoln football field. (Jetzemani Diaz Villalobos- Lion Tales)

Traditionally a “boy’s sport,” football has been breaking gender barriers with a group of girls, showing us “girl power’s” true meaning. This year, Lincoln High School has three very special new members to the football team.

Their names are Vanessa Gutierrez (linebacker), Dulce Cane (linebacker), and Kennedy Schoennauer (kicker). These three seem to be having a blast so far and hope to inspire other girls to get out there on the field and do the same.

“If you want to do football and you’re scared because you’re a girl, don’t be scared. It’s a really good feeling getting to play out there on the field,” said Dulce. Kennedy, a freshman, also has similar thoughts on the matter.”They can do whatever they want without anyone telling them what they should or shouldn’t do,” said Schoennauer.

The girls have heard a lot on what the student body thinks of them playing. “A whole bunch of people asking me like, not even asking me, telling me that I’m insane for doing something, some “guys sport.” It’s really not, honestly,” said Gutierrez when asked what people’s response has been to her playing so far.

Overall the team appears to enjoy having the girls on the team.“Honestly we treat them like they were one of the guys,” says one player, Norburto Urbina. “We don’t make anything different for them.”

Though the girls have fun playing football, that isn’t their only interest. Kennedy has been playing soccer for quite a while and Dulce and Vanessa have been on Lincoln’s wrestling team since last year.

Sports are a big part of their lives, “I enjoy it a lot actually,” says Gutierrez when talking about wrestling. We are sure to see these three during and after football season and we will all be anxiously awaiting to see what they can do.