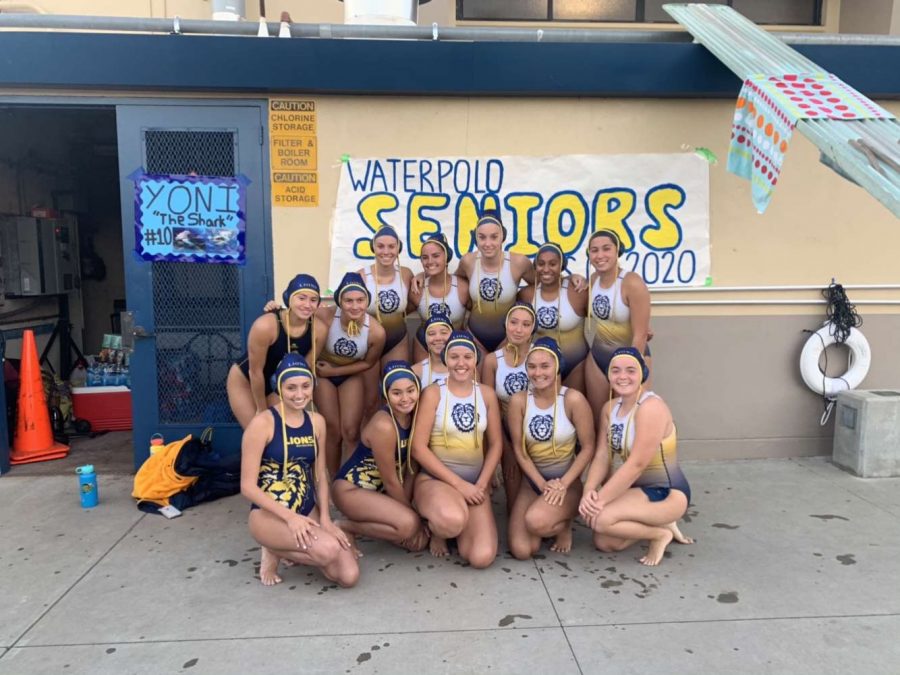 Girls water polo has been on fire this season! They were undefeated, demolishing every game they competed in the process. With seventeen returners and twelve new players the team had to work extra hard to catch up the new members. Water polo isn’t easy, it’s a vigorous contact sport that requires a lot of strength, but also requires a lot of skill. However, that didn’t stop these girls, the senior captains: Mia Echivarre and Annabella Devries made it clear that they wanted 2019 on the championship banner, even before the season began. For the captains, they wanted to make this season the best one yet, Mia Echivarre, a senior, knew that “from being on the team all four years and experiencing crucial games in A league, I knew this year would definitely be easier since we were now in B league, however I didn’t want my team to have a cocky attitude. I wanted my team to play the game right and make every moment worth it.”

For the entirety of the season, the girls won 10-0, they won against every B league team they competed against. One game in particular, their coach, Daniel Resz, made it clear to their team that they had to beat Silver Creek High School, if not they wouldn’t be champions. It was an intense start to the game with Silver Creek and Lincoln tied for the first quarter, but later the girls picked up the pace and shot more goals! With every game, the girls would be up by five points, so they were definitely a hard team to beat.

For their senior night, the girls went up against Mt. Pleasant High School. All throughout the pool deck you can find posters dedicated to the seniors on the team made by the underclassmen. The seniors were in full emotion realizing that it was their final home game of the season, they were all taking pictures and thanking their coach for an amazing season. During the game the seniors were crushing the opponent, the final score came up to 19-1 making the girls officially league champions. At the end of the game, the girls threw their coach into the pool to celebrate their win, it was truly a moment to remember.

When asked about a recap of the season, captain: Annabella Devries, a senior, said, “This was my best season yet, because it was the year that we won games and all our teammates were a lot closer this year. We bonded over so many things and worked really well together which helped us when we played other teams.”