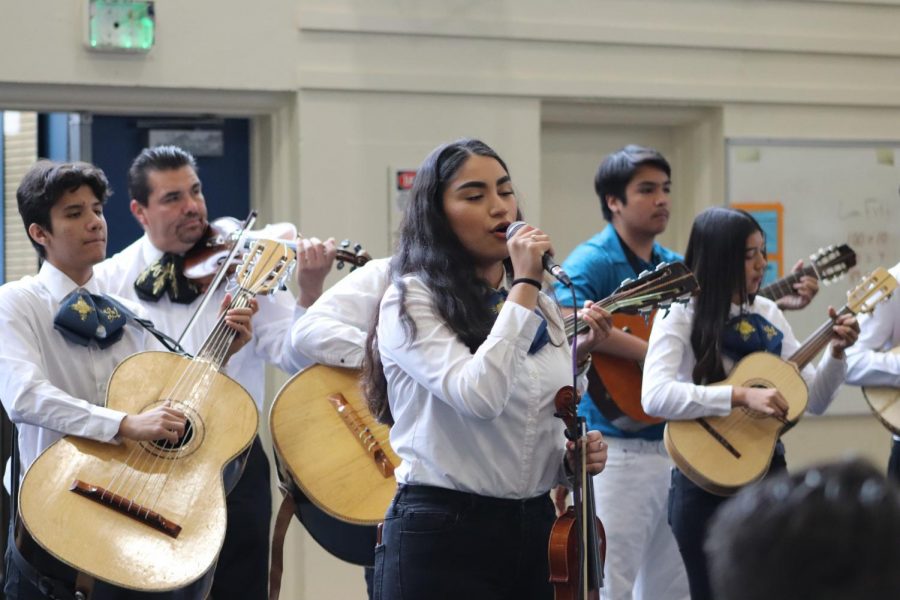 Lincoln’s annual Performing Arts Pancake Breakfast Fundraiser took place at Lincoln High School last Saturday, October 19, 2019. Students took part in performing in front of parents, Lincoln alumni, and other Lincoln students while they enjoyed their breakfast that they purchased to support the performing arts program at Lincoln. There were performances from choir, orchestra, jazz band, pep band, dance, folklorico, and many more.

The Lincoln Music Boosters takes care of the preparation of the pancake breakfast, it’s parent controlled and parent driven. At the start of the school year The Music Boosters look for parent volunteers and donations. However, according to the current choir at teacher at Lincoln High School: Anne-Marie Katemopoulos she said in her interview that, “We didn’t meet our expectations, we had a pretty sharp decline in attendance this year, we usually have 500 people attending to eat which people would have to pay for and even more to watch which is free to do, and this year in both cases there were less people watching and less people eating.” To be exact, “the total attendance for paying customers was 396 and last year there were 530 paying customers.”

In the past this fundraiser has been very successful despite this years outcome, the cause of this is still unknown, and is currently being investigated. The pancake breakfast has been a tradition at Lincoln for decades it is hosted by the Lincoln music department, and they invite other performing arts groups such as: the Lincoln Convertibles, Xochitl Cultural, and Lincoln Performance Company which are all dance teams at Lincoln High School.

Even though there was less of an attendance this year, the performers were ecstatic, here are some highlights of the performances: The choir groups did a collaborative performance where they all sang a song together. It was all done beautifully and the audience was highly impressed. String orchestra later performed a song, about alien invasions and zombies, it got the audience’s attention when they would hear the sharp, shrill scream from one of the students currently in the orchestra. Pep band performed all their football game songs and they were full of excitement while performing. Mariachi later then played traditional Mexican music, and students such as: Kitzya Velazquez, sang along with mariachi. Estetica near the end performed an acapella version of “Dancing Queen” by ABBA, they were in harmony as they sang a classic. To end the fundraiser, the dance teams invited by the music department, performed a set of dances. Each group performed two dances with very different styles of dance.