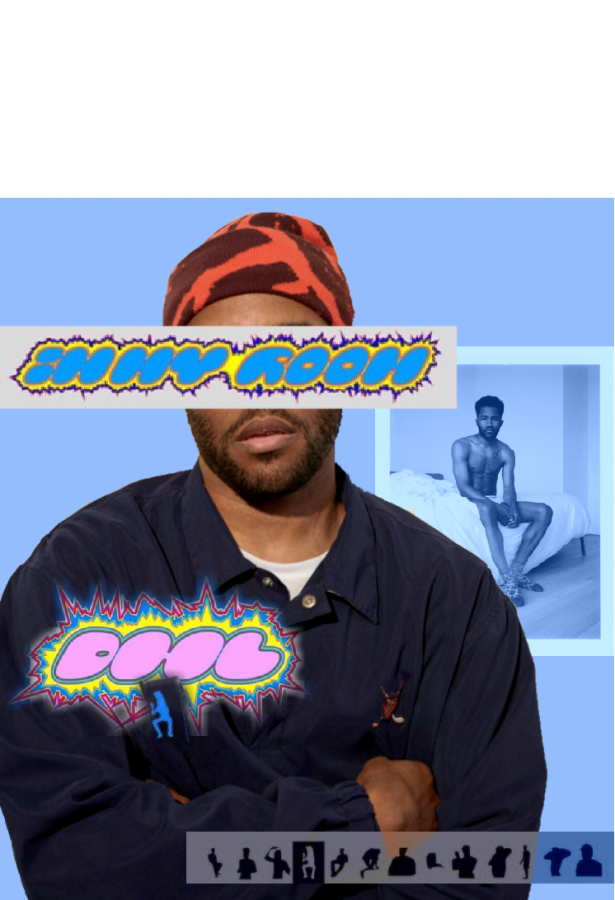 Despite Frank Ocean’s limited interviews, never touring and little social media activity he has yet to escape the limelight since the release of his debut album, “Channel Orange”. Since 2012, Ocean has become one of the most influential artists of our generation by creating a relatable mix of R&B, hip hop and pop. His popularity was shown recently at Camp Flog Gnaw (a music festival founded by Tyler The Creator) when Drake was booed off stage because the crowd expected Frank Ocean to perform instead.

Recently Ocean has released two new singles; “DHL” and “In My Room” respectively. These releases have sparked a new excitement in Ocean’s fanbase who show their desperation for new music from the artist through memes and fan accounts. “DHL” and “In My Room” have temporarily satisfied this desperation, but the fans are also taking it as a sign for a new album. The cover art for “DHL” furthers speculation of an upcoming album with 13 small silhouettes each having a different pose at the bottom. “In My Room” was released 13 days after “DHL” and its cover art depicts 4 more silhouttes. For both singles the main picture in the center showcases the same pose as one highlighted at the bottom. This could mean each silhouette represents a song on the upcoming album.
DHL
As for the music itself, Ocean managed to keep his poetic style and flow yet create a newer, more electronic sound to his music. “DHL” begins with autotuned background vocals followed by a slow and rhythmic flow throughout the song. The electronic sound in this song has as much to do with the production help from, Boys Noize, a german electronic music producer. Ocean utilizes wordplay and double entendres many times. For example, “Toting the amazon/ She like 6’5” references an Amazon package, while also referring to Amazionian women who are associated with a tall stature. Ocean also refernces drugs, sex, new relationships, and his somewhat lavish lifestyle throughout “DHL” giving it more of a rap feel.
In My Room
In contrast to “DHL”, “In My Room” has a much faster tempo but a very similar electronic feel. “In My Room” seems to be an instant classic in the world where hip-hop and pop collide with catchy lyrics and melodies. Even with the catchy appeal, Ocean doesn’t fail to provide a deeper meaning to his words. “In My Room” follows a fast pace love story while also including themes of betrayal and criticism towards the music industry. The line, “I need a new face, I’m tired of these weirdos” reflects Ocean’s struggle with fame and being recognized in his day-to-day life which explains his avoidance of the limelight. Similar to the first single, Ocean also mentions pill popping and drug use in this single. Personally, the flow, catchiness and lyrics of “In My Room” is better than that of “DHL” and has instantly become one of my favorite songs on my playlist.