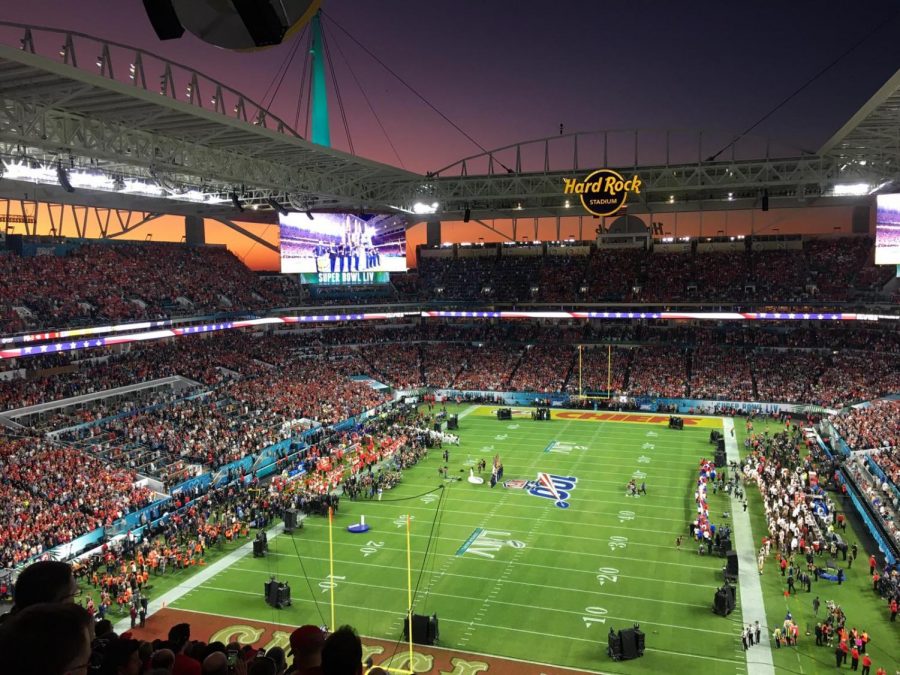 On February 2nd, 2020 the Super Bowl LIV (54) was played between the Kansas City Chiefs and the San Francisco 49ers. A beautiful night in Miami ended with the Chiefs hosting the valued Lombardi Trophy. While most of the Bay Area was rooting for the Niners, the loss reminded everyone how there is still room to improve. Quarterback, Patrick Mahomes, was named Super Bowl MVP following the 31-20 win.

During the game’s halftime performance, the viewers were in for a surprise when famous artists Shakira and Jennifer Lopez (J-Lo) made their way onto the stage to give everyone the performance of a lifetime, while including many top songs like She Wolf, I like it, Hips Don’t Lie, and more! What made this performance even better was that J-Lo’s daughter, Emme Maribel Muñiz, joined her onstage to perform the song, Born in the USA, while also representing Puerto Rico with J-Lo showing off the Puerto Rican flag. The country of Colombia was well represented by Shakira and J Balvin. Puerto Rico was also well represented by J-Lo and Bad Bunny’s amazing performances.

The most controversial call of the game came in the 4th quarter during a Damian Williams receiving touchdown. Many viewers argued that Williams had stepped out of bounds before the football crossed the plane of the end zone. The play went under review but ultimately stood as a touchdown because there wasn’t enough video evidence to overturn the call. The touchdown changed the tide of the game as Kansas City took a 24-20 lead with almost 3 minutes left in the game. The play proved costly as Kansas City tacked on a Damian Williams rushing touchdown to put the game out of reach and seal the win.

Quarterback Patrick Mahomes told Adam Teicher from ESPN that, “We wanted to get him that trophy because he deserved it… The work he puts in day in and day out … I don’t think he sleeps. I try to beat him in and I never can. He is someone that works harder than anyone I’ve ever known, and he deserved [this]. I’m glad I could get that trophy for him.” Chiefs head coach, Andy Reid, said he was going to celebrate the championship with a cheeseburger, “I’m gonna go get the biggest cheeseburger you’ve ever seen… might be a double.”