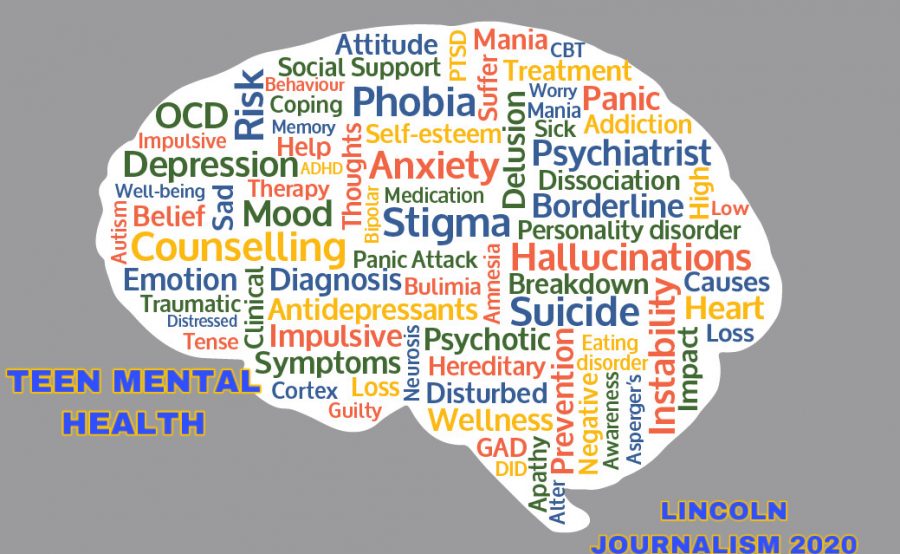 Teen depression and anxiety is a common mental challenge within teens throughout the U.S. Many people think depression is just a temporary state of mind, but it’s much more than that. Having depression and/or anxiety can lead to irreversible thoughts and actions.

According to Health Experiences Usa.org, “Depression caused other teenagers to miss school because it was so hard to get out of bed or to stay organized.” Unfortunately, an increasing amount of teens are getting diagnosed with depression in today’s society.

But what exactly fuels this never before seen depression?

According to Deborah Vlock, a psychologist at Psychologytoday, stated that,”Benjy’s mental health declined. Between the first and fifth grade, most of which were spent in public schools, he became more and more anxious and depressed. Isolated. Ostracized.” This shows that depression can affect people of all ages even as young as 8 or 10.

We decided to go deeper into this topic and interview Lincoln’s YWCA counselor Inga Knudson, who has an internship here at Lincoln. Along with her there are 3 other counselors on campus, Rose Soliemannjad, April Wentworth, and Pallaui Shah. Inga said that “Many students come in for various reasons but the most common among Lincoln’s students were family problems, feeling lonely or unconnected, a breakup, and other reasons. But every situation is different.”

She further explained how school can make it worse, to be in an environment where there’s many people, but you still seem to feel alone at the end of the day. Inga told us that,”Everyone has their own problem that requires lots and lots of talking to not only get to know the person but to know what’s wrong.” Inga also stated that she deals with people with 2 types of depression, Chronic depression which is when you are medically diagnosed, and just having the feeling of depression. The last factor she spoke to us about is being too active on your phone, it disconnects and isolates yourself from the world when you turn on your device too much.  She found that some people get really nervous or anxious, when they don’t feel their phone in their pocket. If you ever feel this way, seeing a counselor wouldn’t be a bad idea.

To see a counselor, you can be referred by a staff member, or ask to see one. Once you start sessions you will continue to see the same counselors. The office is a safe space, and counselors are very open and welcoming.