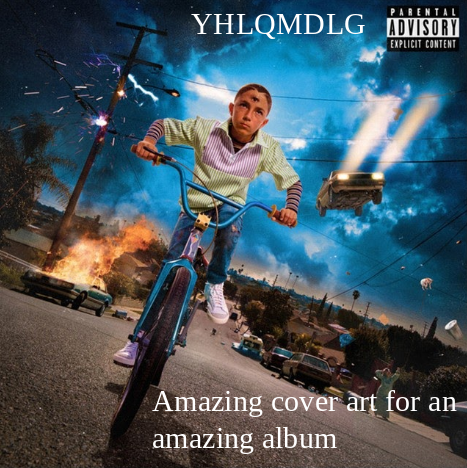 Bad Bunny Baby! The Puerto Rican rapper announced via Instagram on Friday morning that he would be releasing his new album, Yo Hago Lo Que Me Da La Gana, or YHLQMDLG as it appears on the back of the album cover. On Thursday, Bad Bunny went on The Tonight Show with Jimmy Fallon in which he confirmed many of the rumors related to his album. Two of which were the release date, February 29th, and the number of tracks that would be on the album, 20.

There are many tracks that are perfect Latin party rock anthems. Perfect for blasting them at home or in your car. The album features other Latin American artists like, Anuel AA, Daddy Yankee, Arcangel, Nengo Flow, and Myke Towers. Following Bad Bunny’s collaborative album with J Balvin, Oasis, I thought there was no way he would be able to top it. Boy was I wrong, YHLQMDLG was a great follow up and even topped Oasis.

My personal top five favorites from the album are:

I liked those because of the flow the beat and lyrics had throughout the song. In Puesto Pa’Guerrial Bad Bunny mentions the Houston Astros sign stealing scandal that took the sports world by storm. The verse says, “Se pasan hablando con los astro’ pa’ robarme la’ señale” which translates into, “They spend their time speaking with the Astros to steal my signs.” By they, he means his competitors and how they try to steal his style and flow.

I spoke with senior Richie Young who is a music enthusiast, and asked him what he thought about the album. He said, “The album could make a blind man see… it’s going to change the Latin American music scene.”