Why Satire is Important in Today’s Newspaper Culture 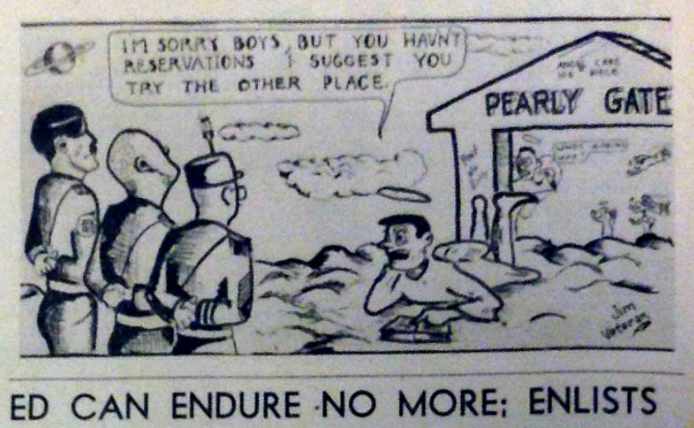 This cartoon can be found in a historical issue of Lincoln Lion Tales.

Recent events have shown the impact satire can have. The French newspaper “Charlie Hebdo” was attacked by Islamic terrorists, because it had published comics about the Prophet Mohammed. These comics showed Mohammed kissing men or in embarrassing positions. They also were critical of the Islamic state in a radical way. To understand why the terrorists acted the way they did, you need to know what Satire is. So what is Satire?

Satire is a genre of literature or graphics that reflects problems in the society it was produced in. Examples of satire abound and are present in even the beginnings of the United States. One of the most famous American writers of satire is Mark Twain. In his books and short stories he often focuses on showing how humans are flawed.

Satire can cause trouble quite fast because it is strongly influenced by irony and sarcasm. It is direct and shameless and people can be offended really fast, especially if the article or image is about them. In the case of the terrorist attack in Paris, satire led to the deaths of several humans.

Satire is a part of nearly every newspaper today. Most of the time it comes in the form of political cartoons, reflecting opinions about current events and newsworthy people. It is necessary that satire is used in today’s newspaper culture because it is one of the most important, if not the most important, way to criticize what is happening in the world. Of course, different people have different views, but Satire is an essential way of communication. Everybody understands pictures and the ones who are interested will look behind the scenes to know the facts of what the critics are talking about.

We at Lion Tales decided that it would be important to start publishing satire comics again. They appeared in the first issue released on October 9,1942, but disappeared over the years.

In the early to mid-1940s, it was common to release comics that showed criticism towards Germany.

With the reintroduction of the satire comics, we will focus on things that happen on our campus, our close area and major world events. We hope that we can show this way what needs to be improved in our eyes, the eyes of students.

Check back for updates frequently!