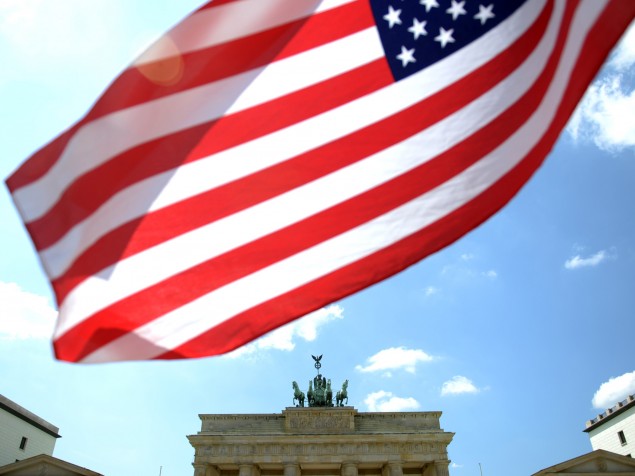 The Gate of Brandenburg and the American flag are symbols of international friendship. (dpa / picture alliance / Rainer Jensen)

I’m back with Part Two of Germany vs USA: the Differences. Last time I wrote an overview, giving you some facts about how the German school system works. For this article, I will shift my focus toward how students go through their day and what a typical day looks like.

What about free time and sports?

One of the major differences between German and American students is what they do after school and their mentality about their work. In Germany, most students go home after school and do their homework, since it is not unusual to have a lot of homework. It takes at least three to four hours to complete by the time you have reached grade eleven.

Also, it is likely that students, in addition to having homework, participate in a club sport or take instrument lessons. Other students even go to work in order to make money for themselves. I know that a lot of American high school students work too, and I think that there are more students with after-school jobs here in America. One of the differences between sports in Germany and the United States is that, in Germany, most high school players play for a club and not their school. The sport that is most hyped in Germany is soccer. What is football for the Americans, is soccer for the Germans. Over the last few years, more international types of sports have become common in Germany, like American football, but no sport’s fanbase has been able to reach that of soccer.

In Germany, most schools don’t have a sports team, and it is even more rare to find a band or a choir at school, and there is a reason for it. Students in Germany have a lot of pressure in school because of the amount of homework they get, the long hours they spent in school every day, the tests that take place several times a week, and other factors.

Even though there is a music class in Germany, it is more about music history and the different kinds of music. Of course we sing in school, or play basic instruments like drums, but we do it for fun, not because we represent our school at events. There is no marching band like there is here at Lincoln, since most schools do not have a sports team for things like soccer, and there are no competitions against other schools. Two or three times a year, there are events in which the classes compete against each other. These competitions can be in areas like a boat race or a soccer tournament.

What is German Students’ Mentality?

Germans are very punctual, which is good most of the time, but can easily become annoying. Imagine if you are late by about five minutes and someone is already really upset with you for being late; that can be very exhausting.

When it comes to school pride, I think Americans are far ahead of Germans. School is seen as a place where you spend as much time as you need to. As soon as the bell rings, most people do not care if there is an event after school. The events that take place, like the boat race, are events students have to participate in, so there is no escape. Usually everyone is not excited for these kinds of events and tries to avoid them, but once the competition starts everyone has fun competing for the top spot. If you can not avoid it, do your best. That was a motto of my old class.

Stay tuned this week for the release of the final chapter.